The day before you turned 3, we went to Toys R'Us to spend some of the money you have accumulated in gift cards since you were born.  It was your first spree, and I got to say,"We can pick a few things out to take home! This is a special day!"  We had a blast running around the store, looking at everything and visiting all your 'friends,' which is what you call every cartoon character you can recognize.  You played in the mini cars in the back, hopping in and out of various models for half an hour, and we chose some toys to bring home with us.

Just as we were about to hit the registers, you looked up at me to answer a question I had asked you, and I noticed your right eye turn in just slightly, but enough to take me aback.  I felt my heart drop, asked you to look at me again but couldn't make it happen again.  For the rest of the afternoon, I kept staring at your eyes trying to spot the problem again, and a few times, I did.

I was scared - what did the turning in mean? What was it a signal of? Was I imagining it? How long had I not noticed this for? I Googled, terrified myself, and asked The Daddy if he had noticed it - he said I was crazy, so I thought I was.  I kept seeing it though, and every time it made me shudder - I just knew I wasn't crazy, and asked Dina if she'd seen anything, but she hadn't either.  Still, I researched online and wondered what it could be.

Then, a week later, both The Daddy and Dina saw it too.  We went for your three-year check-up, and the doctor told me that if I suspected something, we should take you to the eye doctor to have it checked out - we were at the Englewood Eye Center a week later, and in that week we all kept seeing it happen more and more.  Even Grandma noticed it during a sleepover you had at her house.

The eye doctor did her examination, and immediately diagnosed you as farsighted. Your vision was +3.75, which is fairly severe - you would need to wear glasses, starting as soon as possible, all the time, until you were probably 10-11 years old.
I would be lying if I said the news didn't shock me and make me upset.  In the grand scheme of things, are glasses a big deal? No.  Could there be MUCH worse diagnoses and remedies? Of course.  But I was still just shocked that the small thing I had noticed a few weeks earlier during a fun Toys R'Us outing had turned out to be a signal of something really wrong.

We chose frames, and you actually had a blast during that part, trying on different glasses, calling yourself Dr. Bex and generally cracking everyone up.  We picked out an adorable purple pair and came back to get them a week or so later, after having talked up how cool glasses would be that whole time.  You cried when it was time to put them on, but I let you work through that and a few minutes later you slipped them on.  "Whoah, things look different.  The sun is moving!" were your exact words, but since then, Bex, you've really never taken them off.  They help you see so much better that you love and know you need your glasses. 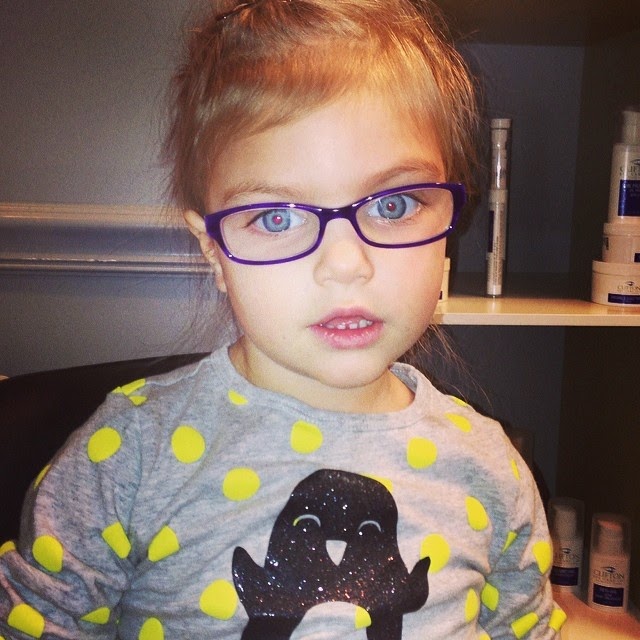 You have changed since having them, too - you concentrate on tasks for longer than you used to, and you are less clumsy, both of which were signs that you had been having trouble seeing things close up for a while. We bought you a cute little stuffed princess with a pouch on the back that holds your glasses at night, and you pop up each morning and run to get them. You have done better with this adjustment - which is quite a major one - than I ever could have imagined.  I am so impressed, and proud of you. 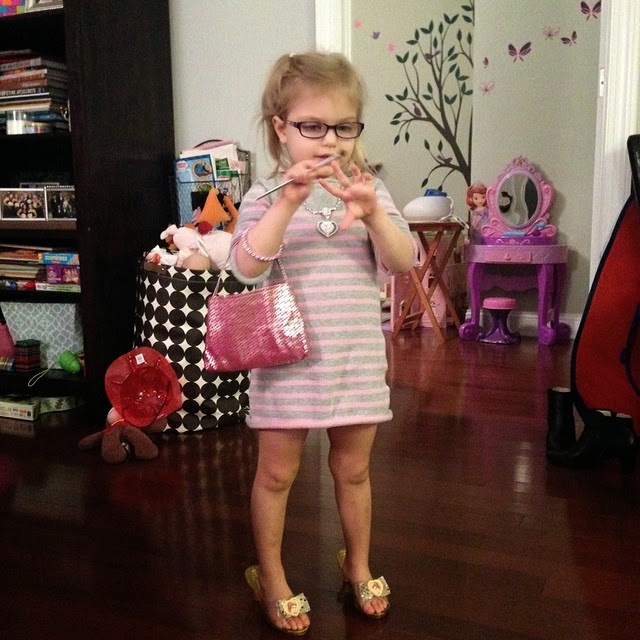 I love you, Bex in Specs! 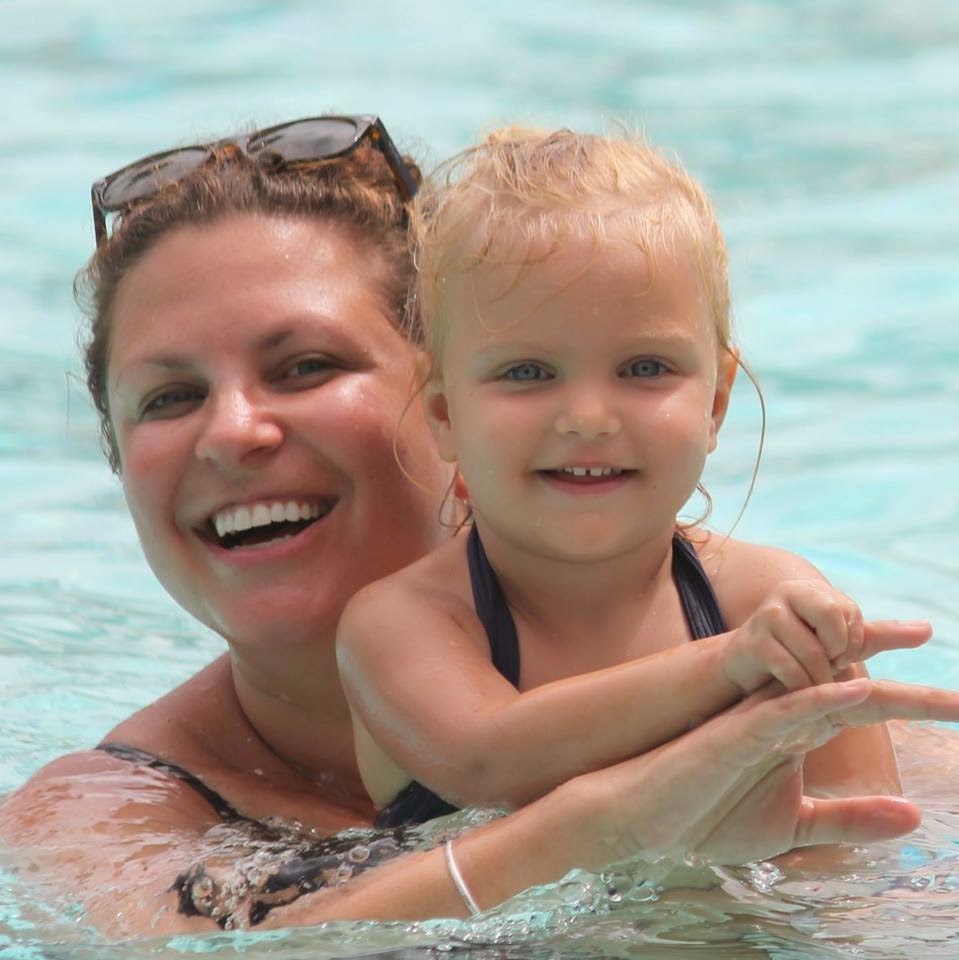